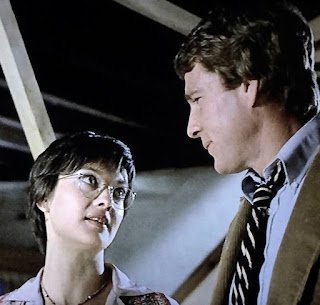 Poor Ryan O'Neal couldn't catch a break. Even two films now considered classics didn't make money in the 1970's upon release. His daughter Tatum's BAD NEWS BEARS beat the pants off both Stanley Kubrick's BARRY LYNDON and Walter Hill's THE DRIVER. And OLIVER'S STORY did even worse; ironic being the sequel to one of the highest grossing films of the previous decade, LOVE STORY, and yet Ryan himself had a reason/theory of why it failed: Intellectual thinking man's ingenue Nicola Pagett (resembling cult starlet Pamela Franklin) was supposed to be the girl he winds up... 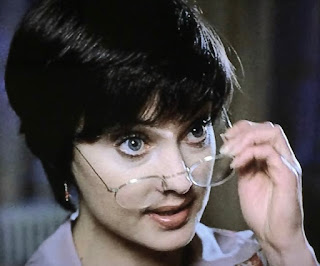 Early on they share one blind date which is more interesting and has far more chemistry than any of O'Neal's scenes with wooden rich girl Candace Bergen, who, being the studio's choice of perfect and pretty, made it so Nicola's third act return was left on the cutting room floor. And while OLIVER'S STORY is not a horrible picture, and has relaxing moments within the mahogany-hued classy-to-poor New York City where Oliver, a lawyer, fights a slum lord with fellow idealist employees, there's simply no inner peace or contentment for the titular character or his titular story. 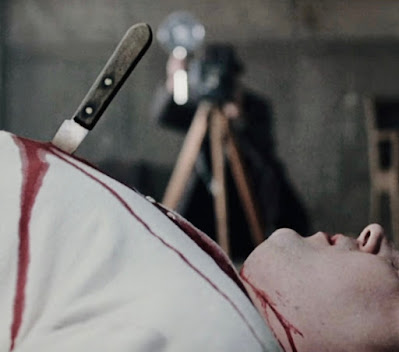 At the very end, the 12-year old son of a hit man, who had spent six weeks on the road with his father, on the run, narrates that he lived a lifetime on that particular journey. And while it feels a lifetime length-wise, hardly anything really happens to make the viewer agree that it was quite a ride. But that's not without some anticipation along the way. Like Hanks' Michael Sullivan, a former "enforcer" for Paul Newman's 1930's-era gangster chief John Rooney, having to rob a string of banks and to teach his son to be a getaway driver in the process. But what follows is a quick, much-too-easily-pulled-off montage. If this were made twenty-years earlier, those scores would have to provide thrills, action, suspense, but here it's superfluous filler. Only Jude Law as a menacing, photo-snapping creep on Hanks' trail is memorable... and we're simply supposed to hate him for wanting to kill the endearing mainstream star who always wins. 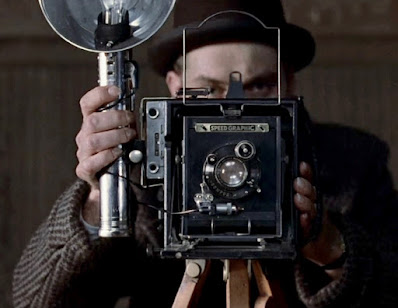 Meanwhile, unlike its obvious cinematic muse, MILLER'S CROSSING, the mob boss and his supposed best friend/hit man never seem all that close to begin with, unlike Albert Finney and Gabriel Byrne, who are like inseparable father and son. One scene where Newman and Hanks play the same song on the same piano may as well have been danced on a giant floorboard-keyboard and their friendship would have felt more, well... BIG or something... so that the inevitable betrayal (involving Newman's trigger-happy son, a pre-Bond Daniel Craig) would actually mean something when things turn sour. But all there is is the praised dark-room GODFATHER style cinematography, but set in the rain-soaked East Coast Great Depression: For that, just watch MILLER'S CROSSING and it's all there... With something actually inside above and beyond this coming-of-age, violent revenge picture that isn't innocent/moving enough or intense/thrilling enough to successfully blend both.
at April 06, 2020 No comments:
Email ThisBlogThis!Share to TwitterShare to FacebookShare to Pinterest
Labels: crime, gangster, jude law, paul newman, thriller, tom hanks, zeroes
Newer Posts Older Posts Home
Subscribe to: Posts (Atom)