What makes Michael Cimino's infamous "Heaven's Gate" the biggest bomb in history? What makes "Heaven's Gate" one of the worst epic films ever made? Was it the four hour running time? Was it the fact that each scene went on way too long? Was it the rollerskating scene where a guy plays a fiddle for five minutes skating around the rink (a roller rink in a Western just doesn't mesh)? Was it the love story between a dull, overly-idealist town Marhsall and a plain looking prostitute and their superlong rides in a stagecoach? Was it the prologue involving graduates of Harvard giving speeches while we get numerous cuts to beautiful women who have nothing to do with the scene other than forcing us to realize that they find Kris Kristofferson sexy? Was it the dancing scenes in the same prologue that showed people spinning around endlessly without showing where the music was coming from? Was it the dialog; most of which was almost impossible to understand? Sure, these things didn't help. But what I hated most about this film is the characters: they're either really bad or really good. The bad ones, especially Sam Waterson... are so overly bad they should be wearing thin mustaches and, upon seeing them on screen, there should be an audince booing and hissing in the background. And the good guys... well, let's just say they're the polar opposite of the villains... Too good, too perfect. The polar opposite of this muddled disaster.
at April 30, 2009 No comments:
Email ThisBlogThis!Share to TwitterShare to FacebookShare to Pinterest
Labels: disaster, drama, eighties, ensemble, historic, jeff bridges, michael cimino, western 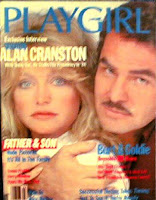 title: BEST FRIENDS
year: 1982
cast: Goldie Hawn, Burt Reynolds, Ron Silver
rating: **
This early eighties star-driven grown-up sex comedy was written by soon-to-be director Barry Levinson and Valerie Curtin (who played the original "Vera", the dim-witted waitress in "Alice Doesn't Live Here Anymore"). As I sat watching cute Goldie and handsome Burt, I imagined if Barry and Valerie were up on that screen playing themselves, no one would care. Two mundane humans having relationship problems wouldn't even merit a city college stage play... at least not a good one. But you cast two gorgeous stars and thus, a film is made. "Best Friends" is not much of a love story, it's not much of a drama, and there's hardly any comedy... except for a funny moment during the wedding centering on the mispronunciation of a vow by the priest, played by Richard Libertini. Goldie and Burt visit her parents, then his parents... Burt hates her parents, Goldie hates his... reminding me of a movie that would come out many years later, the recent "Four Christmases". And either are that terrific.
at April 30, 2009 No comments:
Email ThisBlogThis!Share to TwitterShare to FacebookShare to Pinterest
Labels: burt reynolds, eighties, goldie hawn, romantic comedy

Plot centers on a man who doesn't have time for his work, his wife, and his kids, so he... well let's just say he happens to find a guy who clones people. His first clone is a macho version of himself... leaving time for him to be an at-home dad (does "Mr. Mom" ring a bell?) while this clone goes to work for him... but the real Keaton grows tired of doing housework. So he gets another clone made, this one a sensitive guy bordering-on gay, for the housework. Eventually, these two clones get another clone created (it seems doing this becomes as easy as ordering pizza), who turns out to be a slobbering idiot... after all, you know what happens when a piece of paper is copied too much. The problem with this film doesn't only lie within the flimsy plot, but the humor, when it occurs, isn't funny enough to keep the viewer interested or to look forward to more. And while the special effects are good, making it seem like there are more than one Keaton on screen, he plays them all with way too many physical gestures... trying much too hard to give each clone a separate personality. All in all, it's a mindless headache of a film, entertaining on a certain level, but not enough to make it any good. Or very funny.
at April 19, 2009 No comments:
Email ThisBlogThis!Share to TwitterShare to FacebookShare to Pinterest
Labels: comedy, harold ramis, michael keaton, nineties 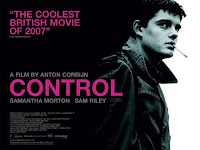 title: CONTROL
year: 2007
cast: Sam Riley, Samantha Morton
director: Anton Corbjin
rating: **
It would be silly for me to point out that a movie about the short, tortured career of "Joy Division" founder and lead singer Iam Curtis was too depressing. But what depressed me most is the film centered too much on the relationships with women (two in particular) and not enough on how the band formed and climbed to cult stardom. It felt like half a movie, and a long one at that. Not enough of their music, or what inspired it. Their sound was, for 1978, very ahead of its time and a glimpse into what sparked their machine-like monotonic sub-pop would have been a lot more entertaining then watching him arguing with his put-upon wife, a relationship which begins out of nowhere and then goes sour way too quickly. There's not much of a story-arc, although the acting is good (British actors, say no more), the black and white cinematography is top-notch, and when you do hear their music, it does sound excellent. But there needed to be more of the climb and less of the fall.
at April 19, 2009 No comments:
Email ThisBlogThis!Share to TwitterShare to FacebookShare to Pinterest
Labels: bio, drama, modern, music 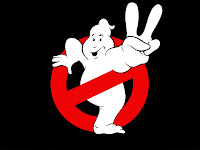 title: GHOSTBUSTERS 2
year: 1989
cast: Bill Murray, Dan Aykroyd, Harold Ramis, Rick Moranis, Sigourney Weaver
grade: *1/2
Pointless action and some decent special effects backing up a convoluted storyline about a river of ghostly ooze running in the New York sewers created by an evil dictator in a painting who wants to kidnap a baby so that it can be reborn with his soul. Rick Moranis' character returns, but is subdued, and the new hyperactive dweeb-turned-demon is played by Peter MacNichol, providing one of the most annoying accents - and performances - that I've yet to witness. But the main problem is Bill Murray, who made the original with his glib mannerisms, countered by Akroyd's hyper persistence. Too much is centered on Dan's scientific terminology, and Murray seems bored throughout and herein grounds nothing. And the Ray Parker theme song is an actual song in the movie, which Aykroyd and Ernie Hudson dance to - and sing along with - entertaining a children's party who'd rather watch He-Man. Isn't this called breaking the fourth wall? So, then... a great theme song is not only trashed but replaced by a standard rap/R&B Bobby Brown tune... but then again, since this movie is such a dud... if the shoe fits.
at April 16, 2009 No comments:
Email ThisBlogThis!Share to TwitterShare to FacebookShare to Pinterest
Labels: bill murray, buddy comedy, dan aykroyd, eighties, harold ramis, science fiction, sequel

A NIGHTMARE ON ELM STREET 3 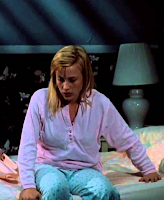 Plot centers on the survivor from the first movie, now helping a doctor who's working with troubled teens in a hospital. Of course the kids all have nightmares in common, and get picked off one-by-one in their sleep. But not all of them die: yet the ones that do, though, die wonderfully. The first film is the best, but this one really did it for me. The cast was first-rate, featuring "Nancy" from part one: Heather Langenkamp, Craig Wasson as a doctor (the main hero) and John Saxon returning as our heroine's cop father. And of course Robert Englund is here in all his glory... the kids were all perfectly cast (including Patricia Arquette) and at the time, being a fan of "Apocalypse Now" it was neat seeing Larry Fishburne (who hadn't yet made the Lawrence transition) as a friendly male nurse. This was the swan song of the Freddy films, and is more than just a gory horror picture. Character-development, action, and some great comedic moments - like Dick Cavett turning into Freddy and killing his talk show guest Zsa Zsa Gabor, make for some awesome entertainment.
at April 12, 2009 No comments:
Email ThisBlogThis!Share to TwitterShare to FacebookShare to Pinterest
Labels: action, eighties, franchise, horror

Centers on a housewife whose husband goes to war in 1941, right after Pearl Harbor. Thus Goldie Hawn is called, along with many other women, to aid in the war effort by working in a war plane factory. Christine Lahti plays her outgoing and somewhat lusty best friend, a failed nightclub singer who's got the hots for Fred Ward, the nightclub's owner. And Kurt Russell plays a trumpet playing player named "Lucky" who doesn't have to fight the war because of a heart condition... which doesn't seem to exist as he can play trumpet all night, drink, chain smoke, and have an affair. According to Demme the movie was ruined in the editing room, making it more of a standard romantic comedy than a character-study of women working in factories. It is a somewhat entertaining time-waster, but it could have been much, much better, centering more on Hawn and Lauti than the Hawn/Russell romance.And at the very end, when Hawn and Lauti (along with their female workmates) look back upon their good times, the audience too wishes there was more of that to experience.
at April 10, 2009 No comments:
Email ThisBlogThis!Share to TwitterShare to FacebookShare to Pinterest
Labels: eighties, goldie hawn, kurt russell, roger corman, romantic comedy, world war 2
Newer Posts Older Posts Home
Subscribe to: Posts (Atom)